Nigel Nash read Music at Bristol University and is School Accompanist at Bristol Grammar School. He was Director of Music at Westbury-on-Trym Parish Church from 1986-1997.  He has been a member of Bristol Bach Choir for over 30 years, and since his appointment as the choir’s accompanist in 1998, Nigel has played for the choir in numerous concerts in Bristol, Oxford and Gloucester and on tour in Paris, Oporto, Prague, Dresden, Iceland and Tallinn.

In the autumn term of 2011 Nigel became the choir’s acting Musical Director, conducting them in concerts at St Mary Redcliffe and St George’s, Bristol.  A Fellow of the Royal College of Organists, Nigel is much sought after as an accompanist for choirs across the West Country and he has accompanied choral workshops with Brian Kay, Nigel Perrin & Bob Chilcott.  He has accompanied Bristol Cathedral Choir and Bristol Choral Society on many occasions, and has given recitals in Bristol Cathedral, St Mary Redcliffe, Bristol University and Bath Abbey.  He has also been involved with several broadcasts on national radio and television including HTV’s Morning Worship, Carols from Wells Cathedral, and BBC Radio 4’s Daily Service, and Sunday Half-Hour on Radio 2. 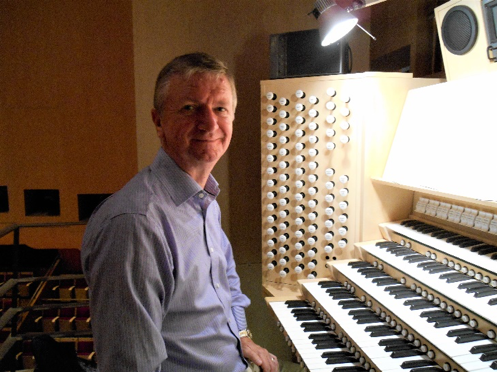